Humane Society of the United States

How to Create Awesome Social Media Quizzes to Generate Leads

In 2012, The HSUS launched Be Cruelty-Free, the leading global campaign to end cosmetic testing on animals. Stelter was engaged to implement a weeklong social media pilot campaign featuring a “What is your Cruelty-Free IQ?” quiz. Consumers were quizzed on which types of products are still being tested on animals along with other questions related to cosmetic testing. The goal of the campaign was to educate consumers and, ultimately, gain their support in the form of a pledge, donation or share to their social networks. Upon completion of the quiz, fans entered their names to view their Cruelty-Free IQ scores.

More than 12,900 views of the post generated nearly 3,500 quiz entries for a conversion rate of 27 percent—more than twice the average compared to similar posts. The HSUS also implemented a paid advertisement contributing to a total reach that exceeded 382,000, with 162,000 obtained through the paid promotion. Organic views—those who saw the page post in their news feed or ticker, or on The HSUS wall—were significantly higher, at more than 239,000. More than 1,300 of converted fans proceeded to share the quiz with their networks, resulting in additional views and participation. 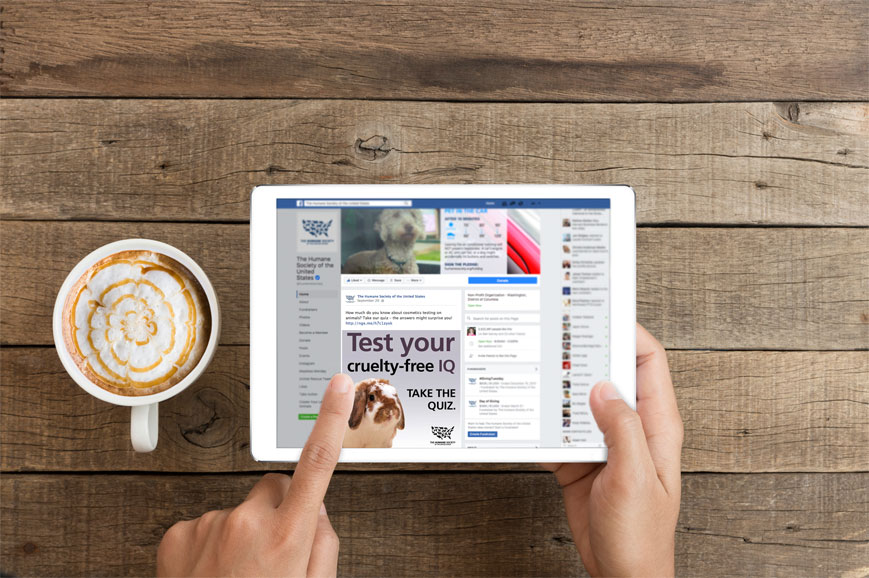 “We don’t measure our social media success by number of fans or followers. Rather, we attempt to generate real value, formulate relationships, get people to do what we ask and then return to support our mission.” 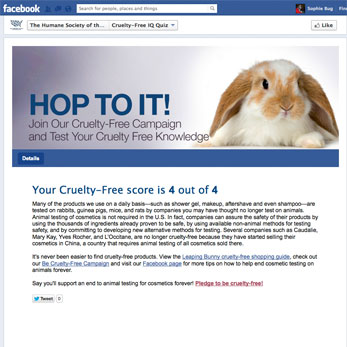 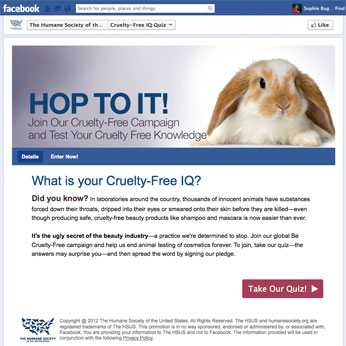 Next: Humane Society of the United States